Many folks in Milford have questions about the proposed Chapter 40B rental housing facility called Robsham Village. If approved, the 300-unit apartment complex would be built at 462-466 East Main Street (Route 16) in Milford. The following information has been compiled to help answer some of those questions.

PUBLIC HEARING: The Zoning Board of Appeals will conduct a Public Hearing on the petition on December 6 in Upper Town Hall at 7:00 pm.

• Resident Questions and Answers from Town Counsel
• Current Status
• Quick Facts About the Robsham Village Proposal
• What Is Chapter 40B?
• What Is Milford’s Current Level of Affordable Housing?
• Supporting Documents and Links

Resident Questions and Answers from Town Counsel
At our September 21, 2016 quarterly public meeting, Citizens for Milford invited residents to attend and participate in a discussion aimed at understanding the Chapter 40B law; how state officials, a host community, and a developer work together throughout the process; and the potential positive and negative impacts a 40B development might have on our community.

Citizens for Milford invited the residents attending the meeting to share their concerns and questions, which we then forwarded to Town Counsel Gerald Moody for a response. We extend our sincerest appreciation to Attorney Moody for his thorough and insightful explanations, which he provided in a timely manner. His answers to Milford residents’ questions are provided in the two memos linked below. The other files are supporting documents Attorney Moody included with the memos.

Current Status
Eden Management has received a Project Eligibility Letter from the Department of Housing and Community Development.  MassHousing has determined that the project is “generally eligibile” but subject to final review of eligibility and anf final approval. The comprehensive permit application was submitted to Milford’s Zoning Board of Appeals in October 2017. Read it here.

The Zoning Board of Appeals will conduct a Public Hearing on the petition on December 6th, 2017 in the Upper Town Hall, at the Milford Town Hall, 52 Main Street, Milford at 7:00 pm. 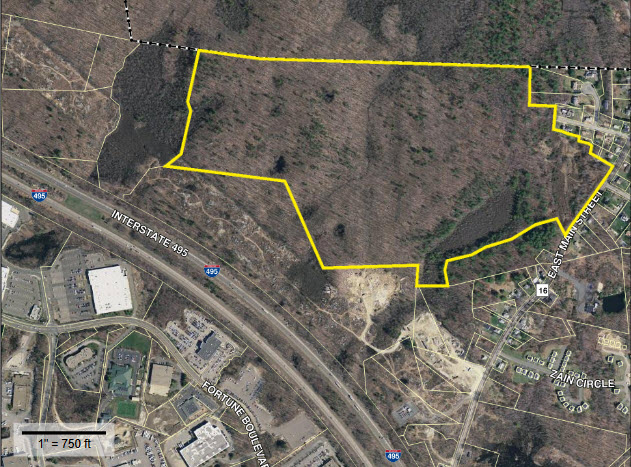 Quick Facts About the Robsham Village Proposal
The developer’s Project Eligibility and Site Approval Application to  MassHousing includes all the details about the proposal, including  project size; rental rates; location; site plans; financials; illustrations; and requested waivers from zoning, wetlands, and general bylaws. Click here to read the application.

The following basic facts about the project are stated in the application (updated based on October 2017 application):

Learn more about the process in the “Chapter 40B Handbook for Zoning Boards of Appeal” published by the Massachusetts Housing Partnership.

What Is Milford’s Current Level of Affordable Housing?
According to the Department of Housing and Community Development, Milford’s current available housing inventory that meets affordability guidelines is 6.3%. To see how Milford compares with other towns in Massachusetts, click here.