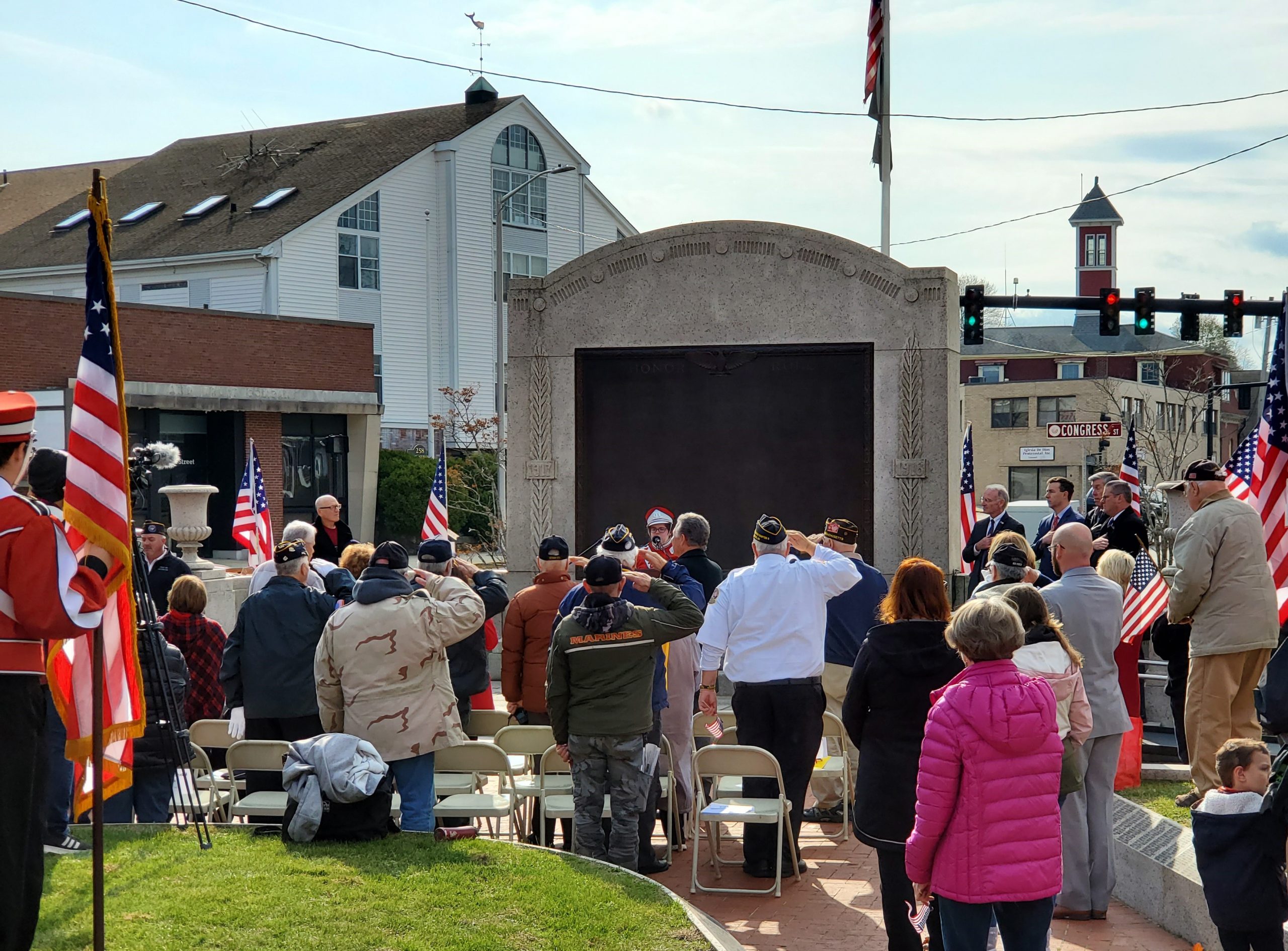 The Milford Veterans Advisory Council and Citizens for Milford invite all area veterans and residents to attend a special ceremony on Veterans Day, Friday, November 11 in Draper Memorial Park, weather permitting. The ceremony will begin immediately following the conclusion of the Veterans Day Parade at approximately 11:00 a.m.

Participating in the ceremony will be local clergy, veterans, and the Milford High School Marching Band. Peter Scandone, who is chairman of the Veterans Day Ceremony Committee, will serve as master of ceremonies in partnership with
Jo-Ann DeMaria Morgan, chairperson of the Veterans Advisory Council and the Post-9/11 War Memorial Committee.

Three Milford veterans will make remarks regarding military service. U.S. Marine veteran Jason Mack, who served 1999 – 2003 in both Operation Enduring Freedom and Operation Iraqi Freedom, will speak regarding the brotherhood of veterans. Kristina Handley (U.S. Air Force – Retired), who served for 22 years and was deployed in 7 countries as a cyberspace operations officer, will speak about the varied roles women perform in the military. Lastly, Ronald Howland (U.S. Air Force Major – Retired), who currently works in the Military War Records office in Milford, will share the history of the Merchant Marines.

We encourage all Milford residents to join us for the Veterans Day Parade and Ceremony and to demonstrate our support and gratitude for all the Milford men and women who have valiantly served our country.
– Peter Scandone, Ceremony Committee Chairman

The Field of Flags, a tribute to the service and sacrifice of our veterans and active military personnel, will be installed in Draper Memorial Park prior to Veterans Day and remain flying until the week after Veterans Day. Parade and ceremony attendees are invited to walk among the flags and monuments in Draper Park and read the names of the veterans and active military who are memorialized and honored there.A limited number of chairs will be available for attendees at Draper Park.

About Citizens for Milford
Citizens for Milford is a volunteer, nonpartisan, grassroots organization, which includes a diverse group of citizens who care about our community. Participation in our projects and events is open to everyone in Milford. 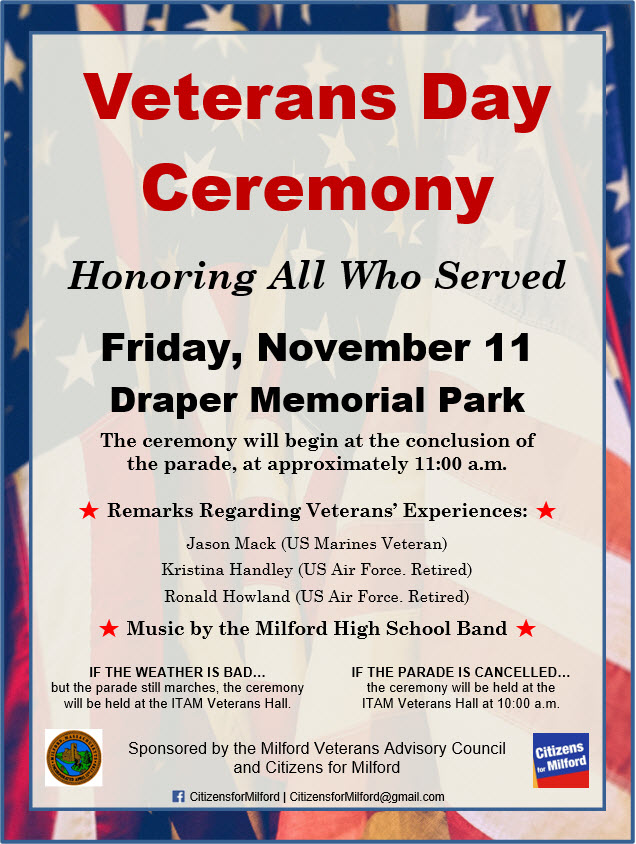