All Invited to Attend Celebrations at Calzone Park and Draper Memorial Park on Veterans Day, November 11

Celebrations to Commemorate the 100th Anniversary of the Doughboy Monument and the Completed Revitalization of Both Parks. 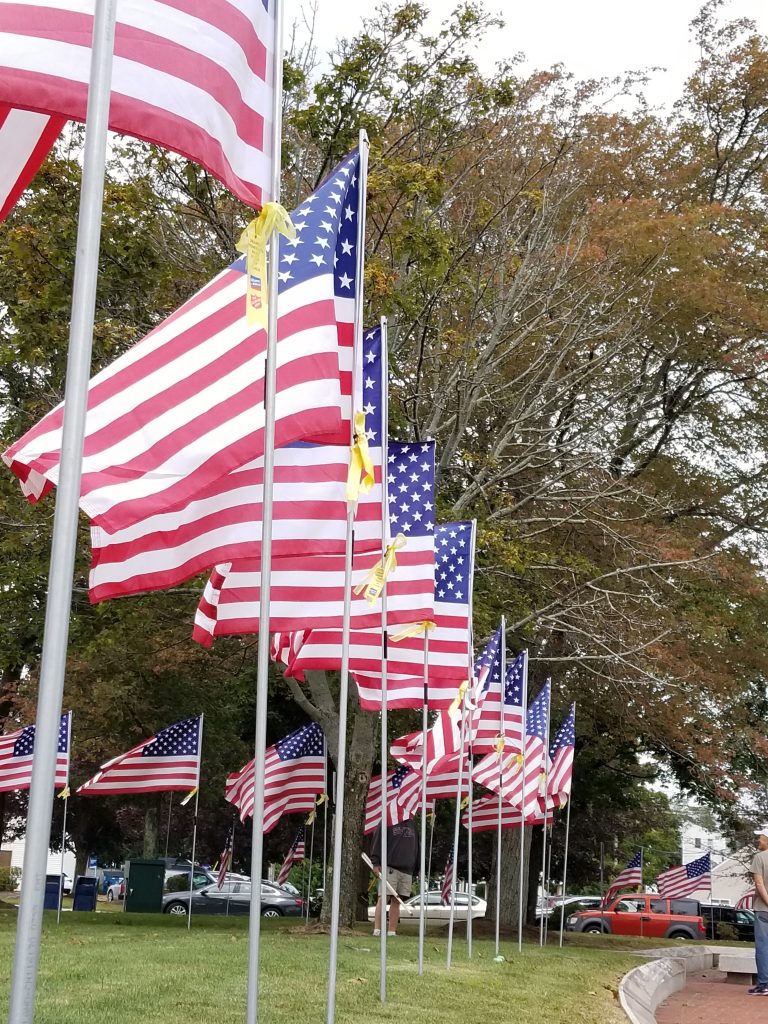 Both ceremonies will be incorporated into the annual Veterans Day Parade, which steps off from Veterans Memorial Drive at 10:00 a.m. The ceremony at Calzone Park will begin at approximately 10:30 a.m. when the parade arrives at the park. The highlight of this ceremony will be the unveiling of the renovated Doughboy monument, which was created to commemorate the veterans of the First World War and was first unveiled exactly 100 years ago on November 11, 1921. Descendents of the Matthew Calzone family will unveil the monument.

At the conclusion of the ceremony in Calzone Park, the parade will continue marching to Draper Park, where the second ceremony is planned to begin at approximately 11:00 a.m. This second ceremony will last about 45 minutes. A limited number of chairs will be available for attendees at Draper Park.

Participating in both ceremonies will be local clergy, veterans, town officials, state officials, and the Milford High School Marching Band. Peter Scandone, who is chairman of the War Memorial Revitalization Committee, will serve as master of ceremonies.

Milford has so much to celebrate this Veterans Day. Not only will we be marking the milestone anniversary of the Doughboy monument, we will also come together as a community to recognize the transformation of both Calzone and Draper Memorial Parks. After nearly three years of planning, fundraising, and extensive construction, both parks are now stunning monuments to our veterans and revitalized gathering places for residents and visitors to enjoy for generations to come. – Peter Scandone, Chairman of the War Memorial Revitalization Committee

Park Street, which is on the east end of Draper Park, will be closed to vehicles and set up as a pedestrian area during the parade and ceremony at Draper Park. Member organizations of the Milford Veterans Advisory Council will have tables set up in this area so they can share information about their organizations and the programs they carry out with everyone who is attending the parade and ceremonies.

The Field of Flags, a tribute to the service and sacrifice of our veterans and active military personnel, will be installed in Draper Memorial Park three weeks before Veterans Day. Parade and ceremony attendees are invited to walk among the flags and monuments in Draper Park and read the names of the veterans and active military who are memorialized and honored there.

Milford TV will broadcast the parade and ceremonies live on Veterans Day.

The War Memorial Revitalization Committee and Citizens for Milford extend sincerest gratitude to the Milford Parks Commission, Milford Veterans Services Department, and other town and state officials for enthusiastically supporting and implementing the repairs and upgrades to Calzone Park and Draper Memorial Park. In addition, we thank the many individuals, families, organizations, and businesses that donated funds to make the renovations possible, as well as MassDevelopment for providing a matching grant to the funds raised by the community. Lastly, we thank the Massachusetts Cultural Council and Amazon for their financial contributions funding the two ceremonies. The overwhelming support from all members of the community for the revitalization of both parks serves as a testament to community pride.