Each Newly Sponsored Flag Will Be Placed in Draper Memorial Park for Five Patriotic Holidays Starting this Veterans Day. Last Year’s Sponsors Are Invited to Renew Their Sponsorship! 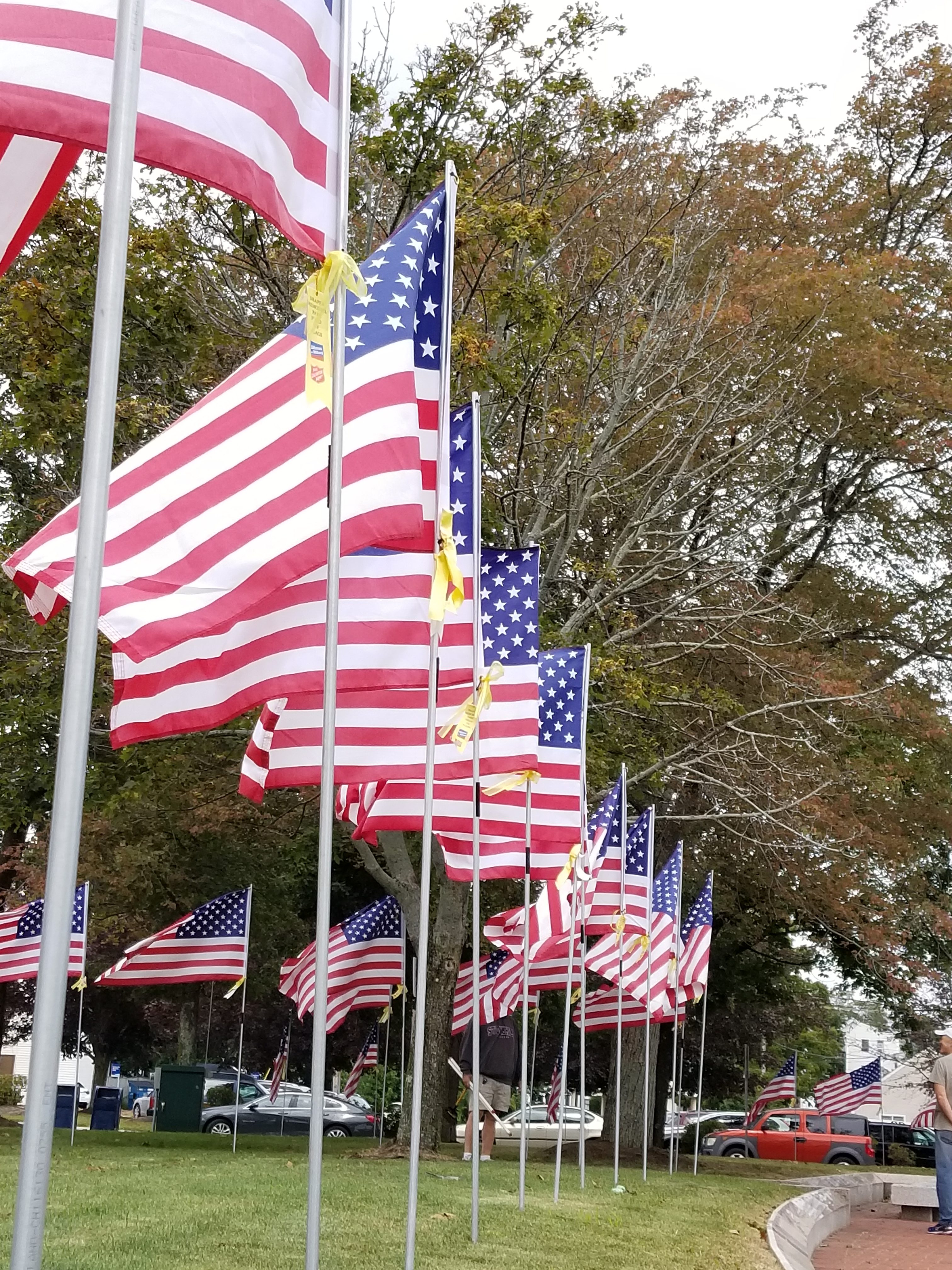 Citizens for Milford and the Milford Corps of the Salvation Army invite all area citizens, organizations, and businesses to sponsor an American flag to fly in the “Draper Memorial Park Field of Flags,” a tribute acknowledging the service and sacrifice of our veterans and active military personnel with a display of American flags placed in Draper Memorial Park on five patriotic holidays each year. The next display will be installed this Veterans Day.

Each sponsored flag measures 3′ x 5′ and flies on a 10′ staff. Each flag includes a yellow ribbon with an attached card naming the person being honored, the honoree’s military branch and years of service, and the sponsor’s name. Sponsors can choose to honor a veteran (alive or deceased), an active member of the military, or all our nation’s veterans.

Previous sponsors are encouraged to renew their flag sponsorship for another year.

Your $60 tax-deductible donation sponsors a flag in Draper Park for all five of the following patriotic holidays: Veterans Day 2017 and Memorial Day, Flag Day, Fourth of July, and Labor Day 2018.

Field of Flags Chairperson Peter Scandone says, “Since we launched the Field of Flags last Veterans Day, we have accepted sponsorships for over 100 flags, each one honoring the heroism of our many local veterans and active duty service members. Our goal is to have every one of those flags renewed and to gather enough new flag sponsorships so that we will be installing 200 flags this Veterans Day.”

To sponsor a flag OR to renew a previous flag sponsorship, citizens need to print and complete this form and mail it to the address provided with a $60 check made out to the Salvation Army before November 3. Requests for a printed sponsorship form can be submitted by email to CitizensforMilford@gmail.com.

Draper Memorial Park occupies a triangle of land in the downtown Milford area, located at the intersection of Congress Street and Main Street. The park features monuments that list the names of veterans who served during World War II, the Korean War, and the Vietnam War. Standing tall in the park is the statue of General William Franklin Draper by sculptor Daniel Chester French, whose work also includes the massive marble statue of Abraham Lincoln in the Lincoln  Memorial in Washington, D.C. The care and management of Draper
Memorial Park falls under the authority of the Milford Parks Commission and Milford Veterans Services. Citizens for Milford is grateful for both office’s enthusiastic support for this project.