Medal of Liberty to be Presented to the Families of Two Merchant Marines Who Were Killed in WW II. All Area Residents Invited to Attend.

The Milford Medal of Liberty Committee invites all area residents to attend the Massachusetts Medal of Liberty Ceremony, to be held Sunday, June 13 in the upper level of Memorial Hall. The ceremony will begin promptly at 2:00 p.m.

The ceremony will honor the service and sacrifice of two merchant marines who were killed when their respective ships were torpedoed by German U-boats: Diamantino Moreira Lopes, who served as a Seaman and was killed February 3, 1943; and Walter Franklin Howe, who served as an Oiler and was killed January 16, 1944.

Milford Medal of Liberty Committee members Vincent J. Cifizzari, Major, U.S. Army (Retired) and Ronald Howland, Major US Air Force (Retired) will preside over the ceremony and present the Massachusetts Medal of Liberty to the families of these two heroic members of our community. Citations from government officials not in attendance will be presented by educator and veterans advocate Jo-Ann DeMaria Morgan. DeMaria Morgan will also perform the Empty Chair Ceremony. 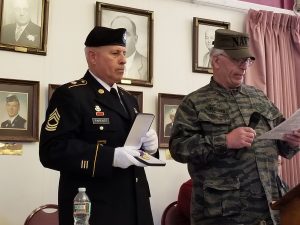 Brigadier General Francis B. Magurn II, Assistant Adjutant General, Massachusetts National Guard, will make short remarks. Milford Town Counsel Charles D. Boddy, Jr. will speak about the experiences of merchant marines, as related to him by his father who served as a merchant marine during World War II.

A reception will follow the ceremony. This event is free and open to the public.

The Medal of Liberty program was established in 2010 to honor the families of any Massachusetts serviceman or woman killed in action or who died as a result of wounds received in action. The medal is awarded in the name of the Governor of Massachusetts as Commander-in-Chief of the Commonwealth. The Milford Medal of Liberty Committee organized in 2017 to assist all of Milford’s deserving families who wished to receive a medal in completing the application process with the state.

The Milford Medal of Liberty committee has been honored to present the Medal of Liberty to the families of almost seventy qualifying Milfordians who were killed in action during World War II, Korea, Vietnam, and Iraq. The committee was contacted by Ronald Howland, who works at the Military War Records office in Milford, last fall when he determined that both Lopes and Howe qualified as veterans per the Merchant Mariners Fairness Act of 1997. 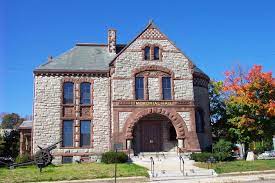 The Milford Medal of Liberty Committee extends sincerest gratitude to local media and members of the community who have assisted in helping us connect with relatives of these two deserving families. We also appreciate the assistance of everyone in Milford Town Hall; the Massachusetts Military Records Branch; and the Office of the Adjutant General, Massachusetts National Guard in processing the medal applications.