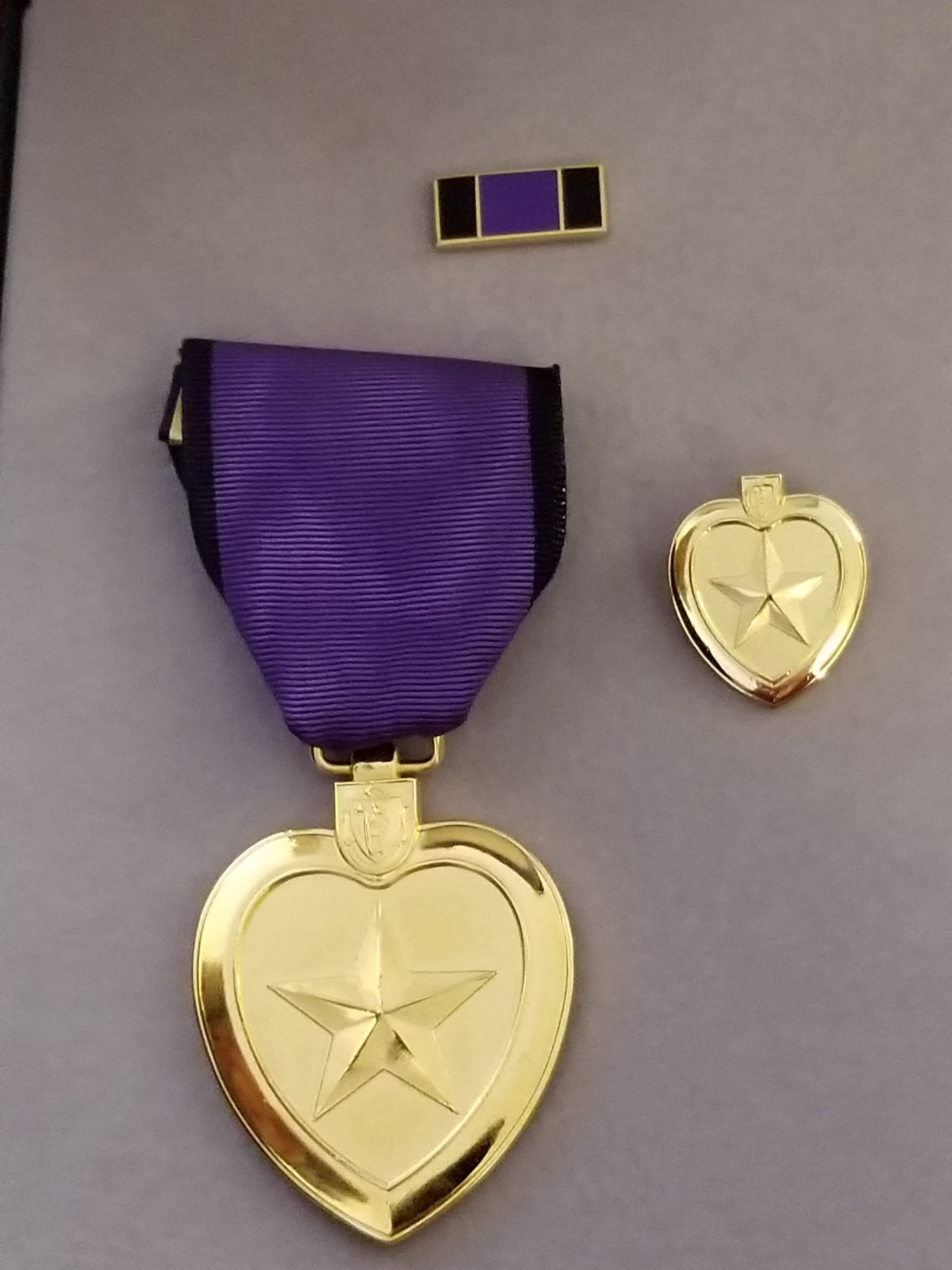 To attain its goal of presenting a Massachusetts Medal of Liberty to all the families of Milfordians who made the ultimate sacrifice while defending our country, the Milford Medal of Liberty Committee is asking all area residents for their help in identifying surviving kin of seventeen servicemen for whom no family information is currently available.

The Massachusetts Medal of Liberty is an honor awarded in the name of the Governor of Massachusetts as Commander-in-Chief of the Commonwealth to the family of any Massachusetts serviceman or woman killed in action or who died as a result of wounds received in action.

Residents who have information or possible leads on where to find the family members of any of these servicemen are asked to contact one of the Medal of Liberty Committee members:

Information can also be sent by email to CitizensforMilford@gmail.com.

Committee member Vincent Cifizzari says, “We will be sincerely grateful to all members of our community who can help identify the families of these seventeen fallen heroes. It will be our honor to do the work necessary to ensure each family is recognized and presented with a Medal of Liberty as a small gesture of appreciation for their loved one’s service and sacrifice.” 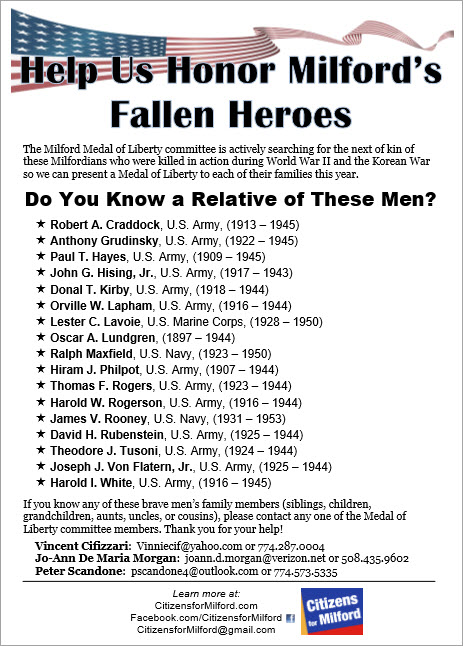 Nearly seventy Milford servicemen qualify for the Medal of Liberty, including the seventeen for whom the committee seeks family information. The first medals were presented this past Veterans Day to the surviving family members of eight Milfordians who were killed in action during World War II, Vietnam, and Iraq.

The Medal of Liberty Committee and Citizens for Milford plan to present the medal to as many of the remaining families as possible at its next ceremony, which will be held Sunday, May 20 at 2:00 p.m. in Milford Town Hall.

Learn more on the VETERANS page.