The Town of Milford will be holding a Special Town Election on Tuesday,
September 19. On the ballot will be one question:

Shall the Town prohibit the operation of Marijuana Retailers, as defined in G.L. c.94G § 1, within the Town of Milford, a summary of which appears below? 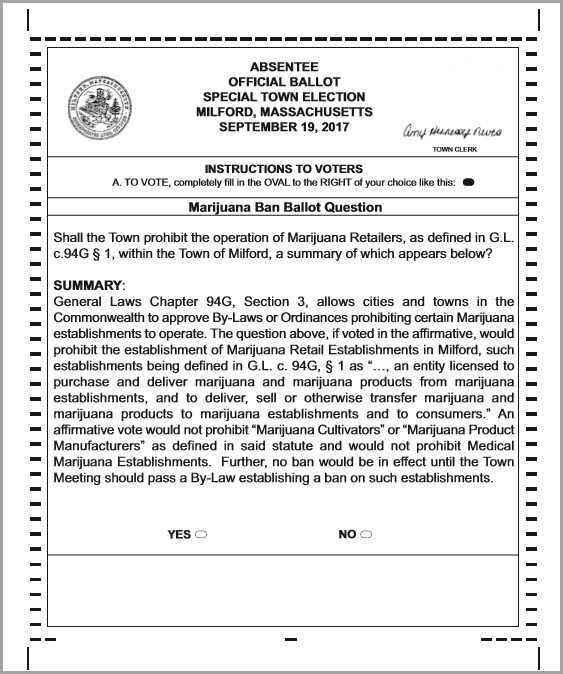