THANK YOU Milford-Area Residents, Groups, Businesses, and Friends for Your Generosity! 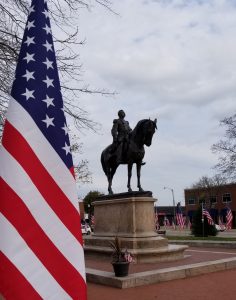 The initial phase of fundraising for the revitalization of Draper Memorial Park launched by the Town of Milford and MassDevelopment ended at midnight on October 15. The Milford War Memorial Revitalization Committee, who has spearheaded the fundraising efforts, is thrilled to announce that donations from 158 patrons helped the committee exceed its goal of $42,500 by nearly $5,000. The first $42,500 of the $47,230 raised is being matched dollar for dollar by MassDevelopment, awarding this vital community project a total of almost $90,000.

The success of this fundraising effort demonstrates that the revitalization of Draper Park truly resonates with all members of the community. This critical funding will guarantee we can continue moving forward with the planned repairs and enhancements, which will not only provide a much-needed facelift, but will also provide a safe and enjoyable space for the community to congregate and celebrate community occasions. We also anticipate that this extensive work will contribute to the overall revitalization
of the downtown Milford district.

Because the community support has been so tremendous, the committee, in collaboration with the Town and MassDevelopment, is extending the opportunity to donate to Veterans Day, November 11. Although funds raised beyond the initial $42,500 goal will not be matched, these additional funds will create a buffer to ensure that all projects planned for the revitalization can be completed. The committee hopes to raise a total of $55,000.

Additional funds raised from the community will help us offset any unexpected increases that have arisen in the two years since this project was first planned, as well as accommodate the increases to the original scope of the project.
We want to make certain that all plans for this town park—repairs to the General Draper statue and brick pathways, and the installation of new lighting, landscaping, irrigation, and seating—are completed.

Donations can continue to be made online by visiting Patronicity.com/milford until 11:45 p.m. on November 11, 2020. Individuals or businesses who prefer to write a check can do so by writing it to “Town of Milford” and writing “Draper Park Revitalization” in the memo. Checks should be mailed to the Treasurer’s office at Milford Town Hall, 52 Main Street, Milford, Massachusetts 01757. Donors can also drop off checks in one of the two drop boxes located outside Town Hall.

All donations made to the Draper Park revitalization project are tax deductible. Donors are encouraged to submit matching gift forms with their employers as applicable.

Donors may choose to have their names listed on the Patronicity website or to remain anonymous.

Large donations will be appropriately recognized at a future date. 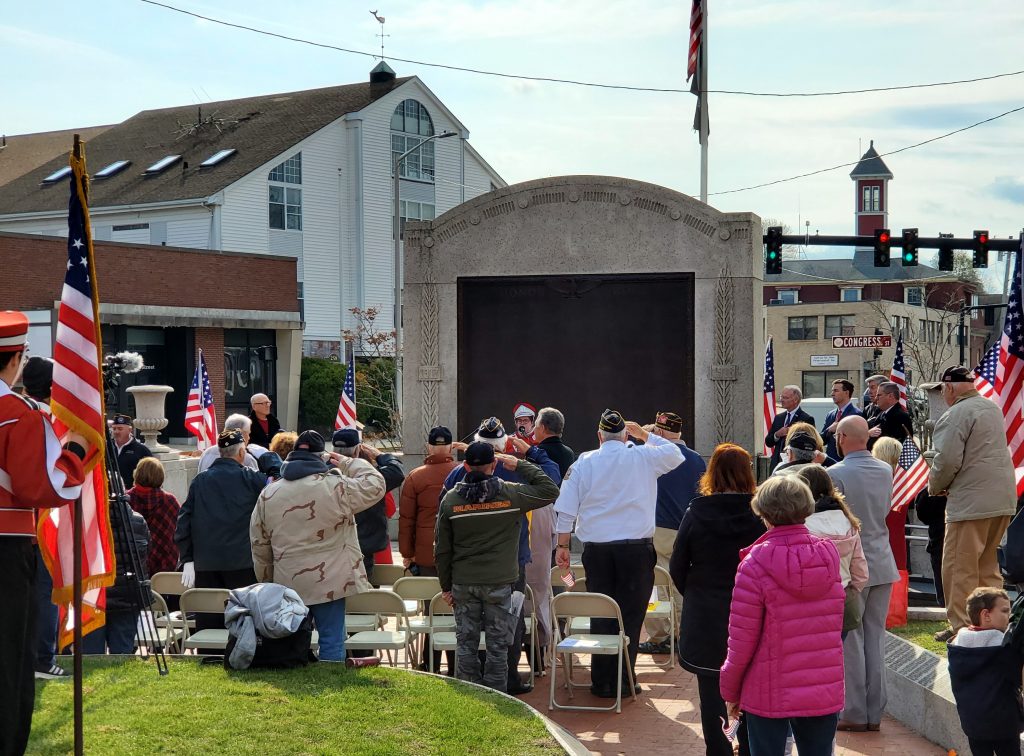 Veterans Day Ceremony in front of the WW I monument in Draper Memorial Park, November 2019.

About the War Memorial Revitalization Committee

The War Memorial Revitalization Committee (WMRC) is an Ad Hoc committee appointed by the Board of Selectmen. Its two-fold mission is to assist the Parks Department in the repair and revitalization of Draper Memorial Park and Calzone Memorial Park and to establish an ongoing maintenance plan that ensures the continued longevity of the parks and their structures for generations to come.