THANK YOU MILFORD! Over 130 Volunteers of All Ages Worked to Beautify Milford This Year–the Most Volunteers Ever! 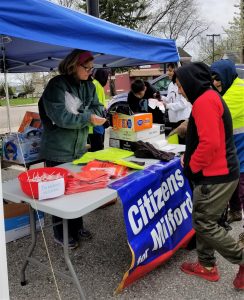 Citizens for Milford and the Friends of the Milford Upper Charles Trail once again teamed up to organize the Fifth Annual Milford Beautification Day on April 27, 2019. A cloudy, blustery day did not deter intrepid volunteers from the hard work of picking up all kinds of trash on Milford’s streets, parks, and trails.

The Friends expanded Beautification Day efforts this year with an opportunity for families with kids to plant hostas at Louisa Lake and a fulfilled request for Daisy Scouts to weed the butterfly garden on the trail. For the second year, Girl Scouts distributed free tree seedlings.

Although our trash recon efforts earlier this week revealed a cleaner Milford than last year, plenty of areas were in need of a good pick up. Four pick-up trucks gathered all the bags of trash, as well as miscellaneous large items that had been dumped around town. One truck reported having collected 70 bags plus a glass metal table, multiple items of upholstered furniture, a refrigerator, 70″ TV, two tires, one mattress, three doors, wooden bench, keyboard, and a shovel–all now safely delivered to the Transfer Station. A second truck delivered six truck loads of bags, four grocery carts, ten tires, and one sofa. The third truck delivered 120 bags. Yep, that’s right—120 bags of trash! 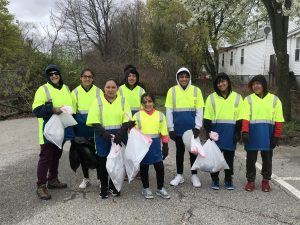 Citizens for Milford extends a sincere THANK YOU to EVERYONE who helped! In particular, we thank the Friends of the Milford Upper Charles Trail, Milford Highway Department, Milford Board of Health, and Republic Services for supporting our efforts. We also thank the volunteers from the Worcester County Sheriff’s Community Service Program and from Milford Federal for jump starting our clean-up efforts on Thursday and Friday.

And MORE thanks go to Milford residents who gave up part of their Saturday to participate in this community effort, including members of the following groups: Daisy Troops 64892, 64940, 65017; Brownie Troops 64720 and 30016; Girl Scout Troop 11276; Scout BSA Girl Troop 219; Milford MA Rotary Club; The Milford Youth Center; St. Mary of the Assumption Confirmation Class; and Milford High School Honor Society and Connections Program! Everyone worked hard and it SHOWS!

Working together, we can KEEP MILFORD BEAUTIFUL! 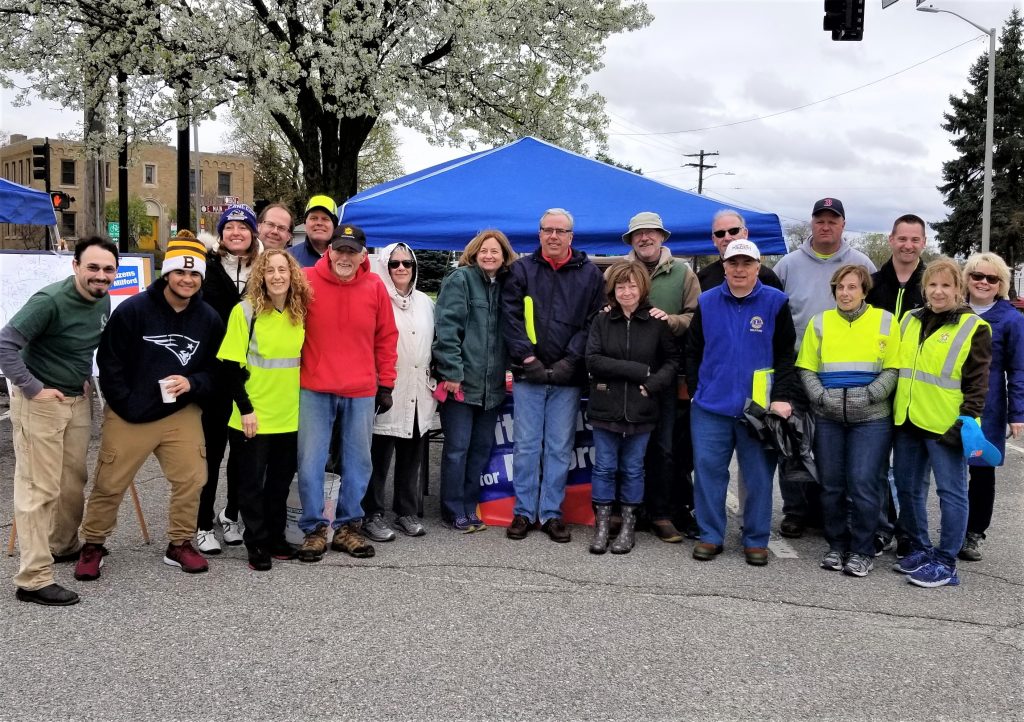